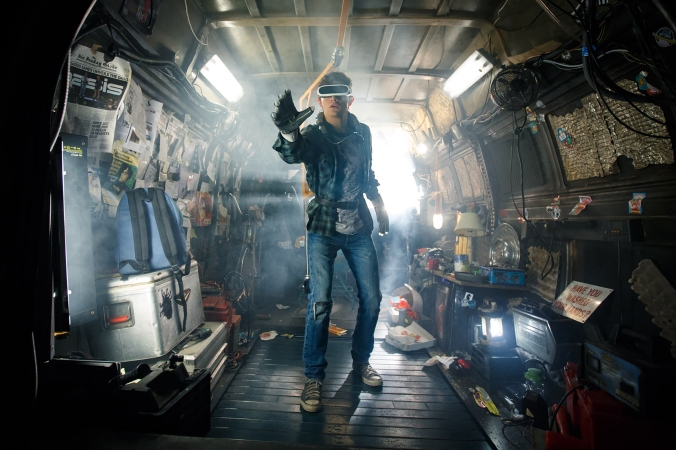 Following my Ready Player One book review, I watched Steven Spielberg’s latest endeavor on release night. I wasn’t impressed. Halfway through, I was more engrossed with my nachos and already wondering when I could leave.

I had never felt so disappointed in a movie before.

Despite this, the movie currently has an 80% audience approval rating and a 76% on the Tomatometer on Rotten Tomatoes. Though I can admit to enjoying several scenes, there are some glaring storytelling issues that have been more than irritating for me — so much so that I’ve been dwelling on it for the past few days.

Let’s sum up these storytelling problems into three major points, shall we?

WARNING: This will be spoiler-heavy so click away if you want to avoid that.

One of my biggest gripes with the book was that it wasted too much time explaining the pop culture references. This time around, they’ve removed most of that with plot changes that require less explanation, but it’s almost as if Ernest Cline went back to his old habits of telling rather than showing while writing this script

There is A LOT of talking in this movie, so much more than what the action-filled trailers led on to believe. While there are a lot of concepts that the audience needed to understand, for most of the 2 hours and 19 minutes of the movie’s runtime, I already thought of different ways they could have made the storytelling more efficient.

For one thing, the script takes too much time introducing the context of the story. By separating the explanations of the world, the OASIS, and the Easter Egg hunt into their own segregated bits during the intro. Could they not have started with the Halliday video first, then proceeded to explain what was going on in the world and the OASIS while interlacing it with scenes from the stacks and the race? 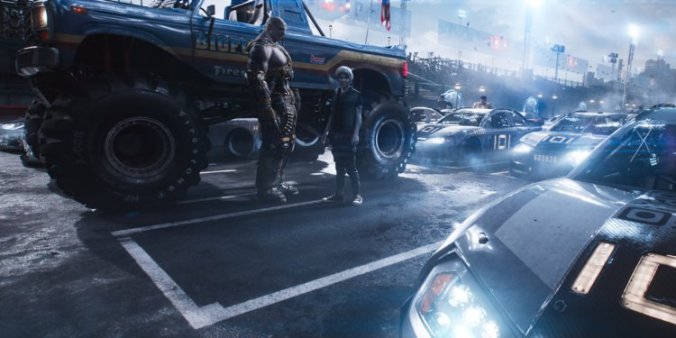 This reliance on dialogue rather than visuals to deliver the story doesn’t get better as the movie progresses either. Audiences spend more time listening to the protagonists talking about solutions (which mostly come out of nowhere, by the way) for Halliday’s puzzles, and to the antagonists talking about how they’re going to prevent the protagonists from getting Halliday’s egg.

Much of this could have been omitted entirely. We didn’t need to know everything the bad guys had in their arsenal, how they got it or what their plans were. On the contrary, had some of this information been a mystery, it would have made audiences feel more outrage towards the antagonists and empathize with the protagonists’ wanting to take IOI down.

Worst yet, there were lines that provided no value in enhancing the story or bringing it forward. I caught a couple of lines that repeated exactly what previous ones said before or what the audience could already infer on screen. Additionally, i-R0k, as he was portrayed in the movie, seemed to be their “comedic relief” character but his lines were more distracting than they were funny.

With all this time wasted, the story barely had room to breathe, to let audiences take in what was going on and the stakes involved — which brings us to our next point.

There was so much going on in the story and so much of it explained verbally that I never felt the urgency of finding Halliday’s egg or why exactly it mattered so much.

By the time the epic battle at Castle Anorak was on screen, I didn’t really understand why the entire population of OASIS responded to Parzival’s rushed speech — caring enough to put their characters (basically, their everything considering the world context) on the line in taking IOI down. 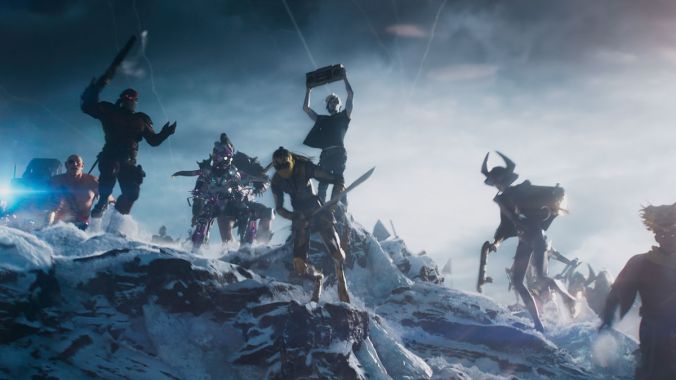 It seemed like it was only the High-5 who really cared about finding the egg, given the lack of Gunters appearing during Stage 2 and 3 of the hunt. Maybe if the movie had had a short scene showing the leaderboards filling with other Gunters or made it so IOI was locking Gunters out of each key found (just like the original story), that would’ve led to a better storytelling payoff during the battle at Castle Anorak.

The revelation of the real-life players of the High-5 was also pretty lackluster. Sho and Daito’s relationship with the rest of the team were barely developed, yet they tried making it such a big deal that Sho was only a 10-year-old — having both Parzival and Art3mis react to this fact in two separate scenes. He barely did anything by the time we learn he’s only a kid. Plus, 10-year-old pro gamers aren’t actually that hard to come by. 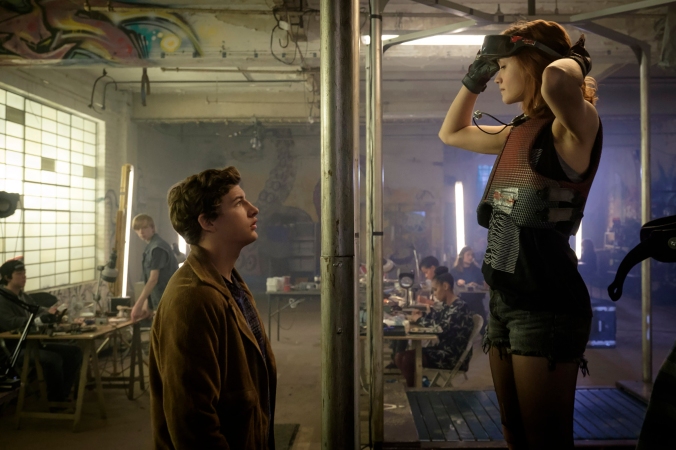 What particularly irked me was that they had obvious attempts at creating some sort of character development for Parzival/Wade but much of it falls flat in its own contradictions and nonsensical conclusions.

I don’t understand why Art3mis suddenly believed that Parzival deserved to find the egg, that he alone understood Halliday the most. After all, most of what he accomplished in the movie seemed more like a stroke of good luck rather than actually knowing Halliday or the various source materials (with the exception for that final scene before getting the egg).

Realistically speaking, someone would have thought of doing that after how many years of trying to finish Halliday challenge number 1. Like come on, gamers figured out the secrets to the mysterious P.T. a lot faster than the developers thought the community would.

And if it wasn’t a stroke of good luck that helped him, then it was a result of Art3mis going above and beyond to figure out the clues and make sure IOI couldn’t get the upper hand. If anything, it seemed more like she deserved the win more than anyone else. 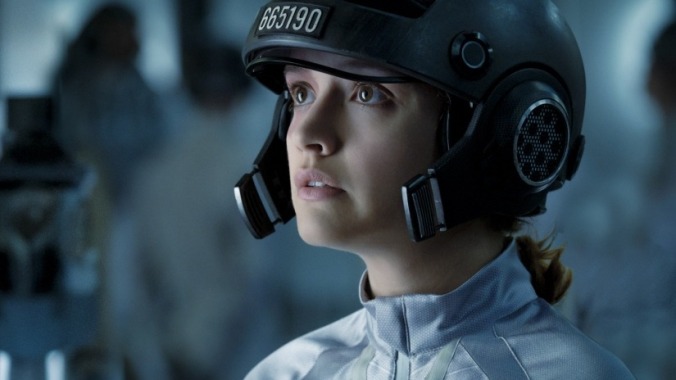 Then we get to the moral of the entire movie, the lesson that Wade has learned from all his experiences: that we should spend more time in the real world. What? How is Wade supposed to have learned this lesson?

All of Halliday’s challenges required participants to spend ages inside the OASIS, hunting for clues and pouring over the contents of his virtual library. Most of Wade’s experiences in the real world have consisted of:

With his positive experiences in the real world being limited to hanging out with Art3mis and meeting the High-5 then promptly thrown into a dangerous situation, it doesn’t make any sense that he’d turn around and go “Heck yeah, the real world is good”.

I don’t mind if characters don’t have some sort of development arc — it’s worked for a lot of action movies I enjoyed). But if you’re going to go ahead and add one, at least make it logical. I think having a half-assed character arc is worse than having none at all. 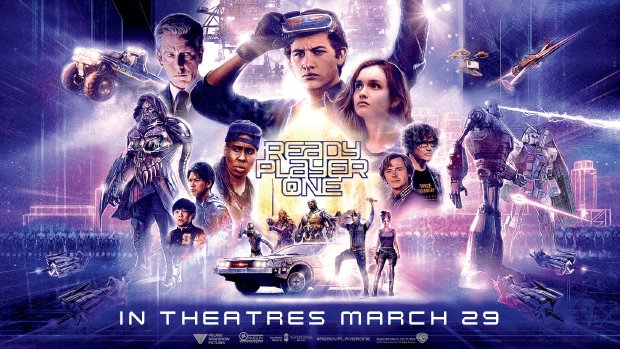 In the showing I attended, there were some pre-teens and kids in the audience. Their parents were probably unaware that the movie had a Category IIA film classification (i.e. not suitable for young persons and children), and I can’t blame them. The trailers, with their cheerful 80s music and emphasis on the pop culture presence, made it seem like it would be a fun, family-friendly film.

So when the characters said “shit” multiple times throughout the movie and there was this almost-sexual touchy scene between Art3mis and Parzival, I was taken aback. My thoughts on what’s okay for children to hear and see aside, given how conservative parents usually are in Hong Kong, I’m sure these aren’t things they were expecting out of the movie.

This whole one-color-per-character poster thing really doesn’t make me feel this is PG-13.

Then there’s that The Shining simulation that our heroes have to go through to get the second key. While the detailed recreation and execution of The Shining was probably something horror fans could appreciate, it was something I was unprepared for. Its inclusion was contrary to the tone that was portrayed in the trailers I saw and inside the book itself. We moved from light-hearted comedy classics like Ferris Bueller’s Day Off and Monty Python and the Holy Grail to a classic horror film with some disturbing images.

As someone who avoids horror films due to the nightmares that result from them, I’ve only been able to enjoy the genre when it’s on my own terms. Having not watched The Shining before, I spent most of the scene either looking away or covering part of the screen with my hand. And again, there were kids in the audience too.

Obviously, there is so much more I could point out about this movie but I’ll stop it here. I believe Wired has covered a lot of the other issues I found (‘We need to talk about everything that’s wrong with Ready Player One‘), including the problems with the movie’s female characters.

If I were to sum up what made Ready Player One so disappointing for me though, it’s this: it was trying to be too many things at once but never fully excelling at anything story-wise. I didn’t think the book was that great because it felt more like self-insert fanfiction, but I certainly enjoyed it a lot more than because it was more coherent.

Perhaps if I hadn’t listened to the audiobook, I would’ve liked the movie a little more. But I highly doubt it would’ve been that different: Ready Player One is so far in quality from Raiders of the Lost Ark, Jaws, and Jurassic Park — my Spielberg favorites.

I might have to watch all three of those again to forget about this disaster of a movie.

What I’m currently up to